China, which has become the world's largest robot market for three consecutive years, is using the power of the world to realize the transformation and upgrading of the manufacturing industry. The development prospects of the robot industry cannot be underestimated. Then, what are the prospects of various segments of China's robot industry in 2017?

With the â€œ13th Five-Year Planâ€ of intelligent manufacturing, emerging industries such as robots and automated intelligent production system solutions will usher in new opportunities for development. According to industry insiders, in 2017, the development of the robot industry will usher in new growth. Among them, Asia is the biggest growth driver, especially the opportunity of China's manufacturing transformation and a large number of market demand will further drive the development of the entire robot market. 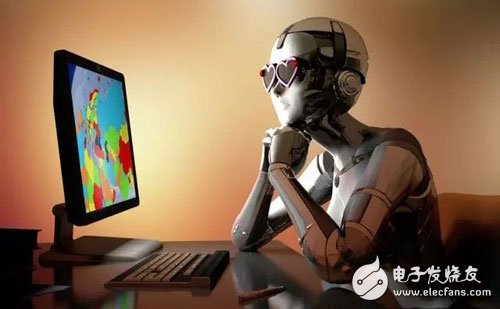 At this stage, the core components of China's high-end industrial robots still rely mainly on imports, and the high-end market of servos, reducers and controllers is monopolized by foreign countries. Companies in the field of industrial robots generally have clear products and mature business models, but the drawback is that the industry is too mature and the competition is fierce. It is necessary to select the best enterprise investment from a large number of homogeneous ontology manufacturers.

At present, China is already the world's largest industrial robot market, with sales accounting for more than 25% of the world. However, there has been a slowdown in demand. The reason for the slowdown in industrial robot growth is that the situation in the entire manufacturing industry is still not optimistic. Especially in the context of supply-side reform, a large part of the imported robots have not been digested by the factory in time. Therefore, the market demand for industrial robots in 2017 will experience a process of decreasing growth rate.

Service robots are sought after by capital

Due to the attractive market for 2C, industrial robots are limited by the core technology and it is difficult to form an explosion in a short period of time, and service robots have become the most popular investment channel for venture capital institutions. According to industry analysts, the components of toy robots do not need to be as sophisticated as industrial robots, and the price is more in line with market demand, so most service robot companies have made investments in this area.

In addition, service robots such as emotional companion robots, assisted and disabled robots, and educational robots all have huge market demands. But the problem with this market is that there are not many mature products that can really solve the pain points. It may be that in addition to sweeping robots, people can't think of too many products that can be called â€œphenomenon levelâ€. This is also why service robots are a hot spot in the capital world this year, but they have not been an important reason for the explosion of products.

As hospitals continue to respond to government policies to upgrade their rehabilitation medical equipment, the sales of rehabilitation robots have also increased significantly. According to GCiS, in 2016, the value of China's medical robot market was 791 million yuan, an increase of 34.4% over 2015. By 2021, the value of the medical robotics field is expected to grow at least to $2.2 billion. However, the medical robot industry is still an emerging industry in China, and many domestic companies are still in the stage of product development and clinical trials.

In the future, our medical robots will be used in different professional fields, such as surgery, rehabilitation and drug delivery. In general, the application of medical robots in these three fields is increasing. However, the application of the rehabilitation medical field will see a significant increase in the next five years. According to the GCiS survey, there are now less than 20 manufacturers of medical robots in China. However, at least six or seven emerging companies are in the stage of product development or clinical trials, and some companies have completed clinical trials and are awaiting approval from the State Food and Drug Administration (CFDA).

China, which has become the world's largest robot market for three consecutive years, is using the power of the world to realize the transformation and upgrading of the manufacturing industry. The development prospects of the robot industry cannot be underestimated. However, faced with the international challenge of competing with the developed countries and occupying the commanding heights of the robot market, China still has the dilemma of insufficient self-sufficiency in research and development and shortage of independent brands. In the double challenge of the attack, China's robot industry must stand out in the international competition, it must take the industrial road with Chinese characteristics, clear the development direction and key tasks, each break.

KNB1-100 Mini Circuit breakers, also named as the air switch which have a short for arc extinguishing device. It is a switch role, and also is a automatic protection of low-voltage electrical distribution. Its role is equivalent to the combination of switch. Fuse. Thermal Relay and other electrical components. It mainly used for short circuit and overload protection. Generally, According to the poles, mini Circuit breaker can be divided into 1P , 1P+N , 2P, 3P and 4P.