"Free TV" believes that everyone has seen it. But have you ever seen a TV that can help you make money? 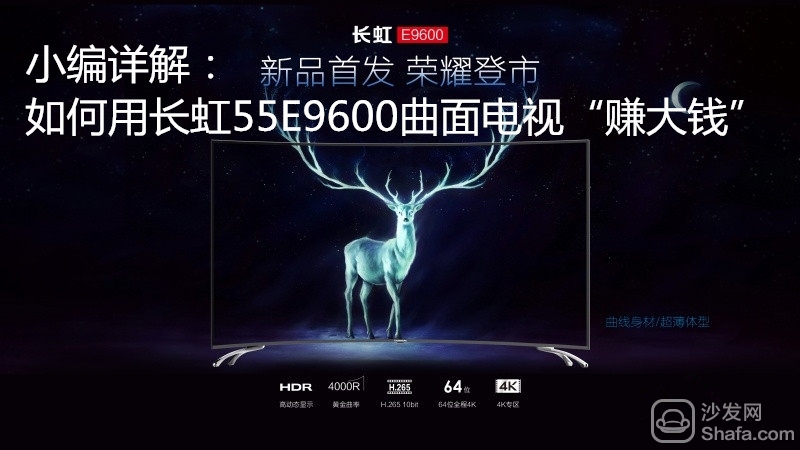 Nowadays, many brands rely on popular cinema resources to attract users. The premise is that you must prepare your own Alipay, single-chip payment, or annual subscription package. Only in this way can you watch the latest and hottest movie show. . Therefore, I would like to say that there may be rich second generation, local tyrants, smart TV users will spend money through television, but how to make money? I believe most people do not have this concept.

What is "a TV that will make money?"

Making money with television is actually very simple. We complete the interactive task of smart TV publishing, and then there will be corresponding points, coins to their own account, and the form of interaction is very diverse, such as watching an advertisement, experiencing applications, or watching a video for a certain period of time. After the gold coins are accumulated to a certain amount, we can experience the paid videos, applications, and related coupons on TV, and we can achieve self-reliance in the age of paying for this content.

How to experience the pleasure of making money for yourself?

On the one hand in order to interact more with the user, on the other hand in order to allow users to better understand their own smart TV. In 2016, Changhong launched a full-featured "Hongkong Golden" system. Want to watch pay-per-view videos? Want a cash bonus? Want to eat white to participate in the raffle? Come on, this cool gameplay has been exciting.

Our experience model is Changhong's newly launched E9600 curved TV series. The TV is holding the "make money - spend money" experience section. Just turn on the TV and you'll see it at a glance. 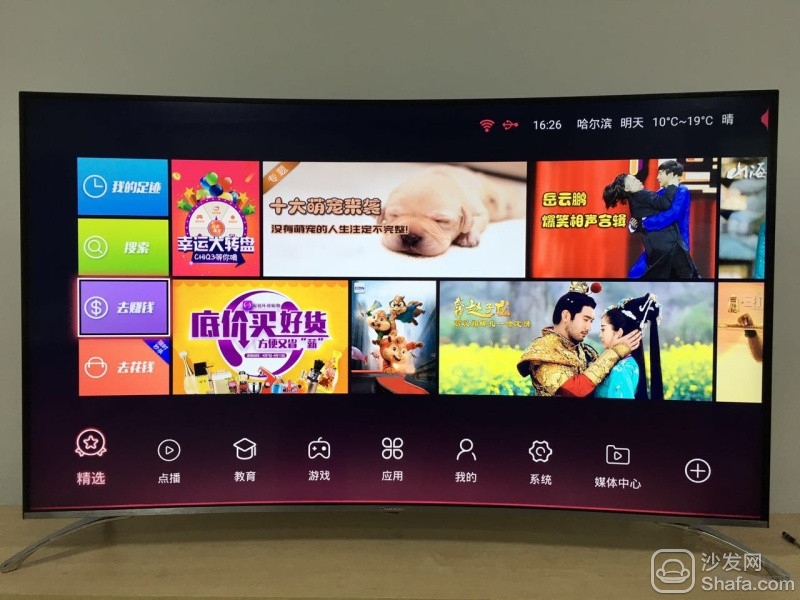 E9600 TV main interface
The important location of the home screen has been fully covered by points shopping, sweepstakes, exchange coupons, etc. We can use our points by making money and spending money on the left side. 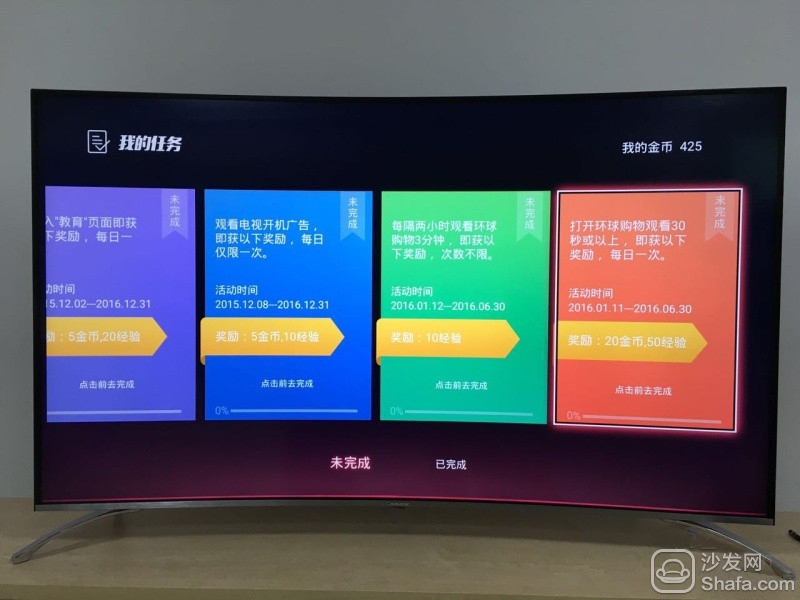 TV task distribution system
After entering the earning section, you can see the interactive tasks released by the TV system, including viewing at a limited time, viewing the interface sections, and downloading applications. The gold coins earned per task range from 5 to 20. Most of the task time limit is six months, that is, six months. Of course, there are task time limits for the whole year. Next, we choose a "watch global shopping 30 seconds" task to understand simply. 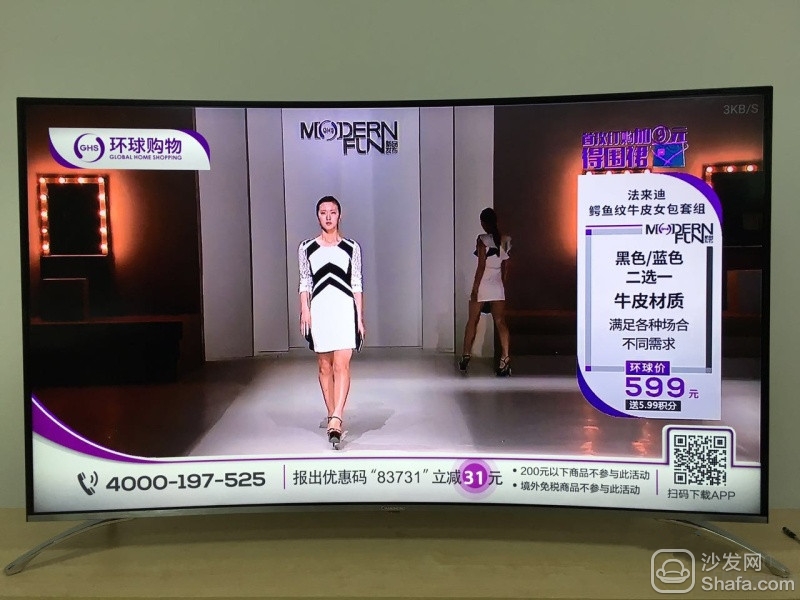 Watch the ad
To put it plainly, it is actually to look at the 30-second advertisement. The initial experience feels that there are still some meanings. I do not know if the first thing that everyone will turn on the TV is to see the advertisement. The author believes that through the realization of various types of interactive tasks, the biggest significance for users is the ability to fully understand a smart TV function.

Three things to do after becoming a Tyrant

Making money is to better experience the TV function. Then we will study together which of the few things to do after becoming a local tyrant. 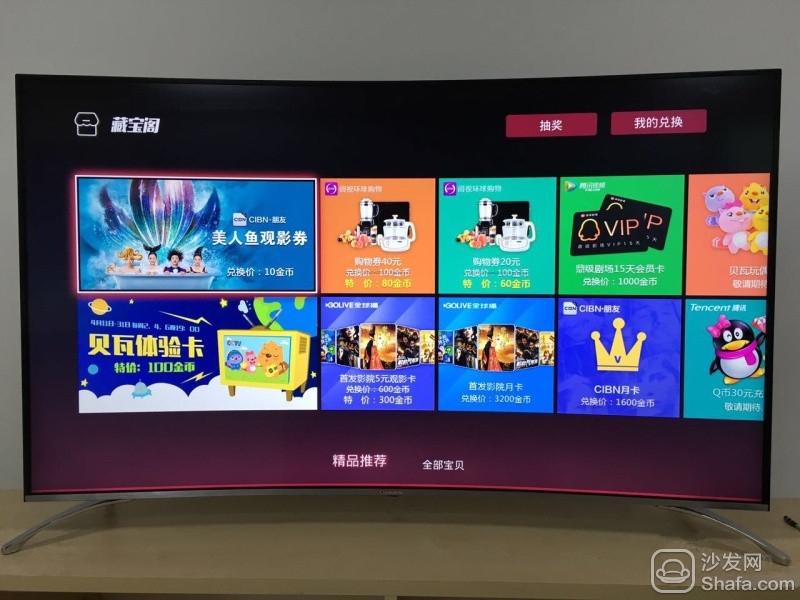 Prize exchange interface
After entering the money section, you can see that the TV system has recommended some popular redemption items for us, such as mermaid viewing coupons - 10 gold coins; starting cinema 5 yuan viewing cards - 300 gold coins; even use TV gold coins to exchange QQ coins ... In the whole baby, there are more convertible contents waiting for you. 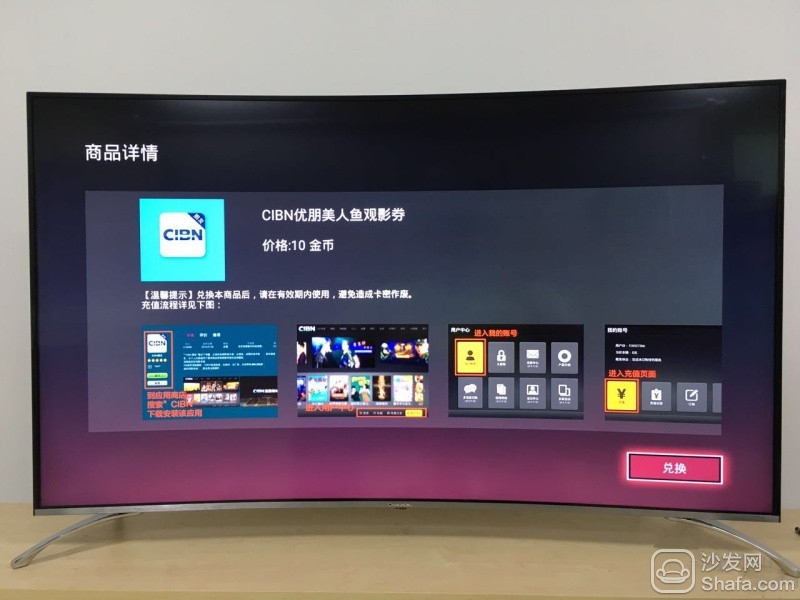 Redeem prizes
First of all, let's study how to redeem a movie ticket. After choosing the mermaid movie coupon, we will introduce it in detail. And there are detailed steps at the bottom of the screen to guide the user. 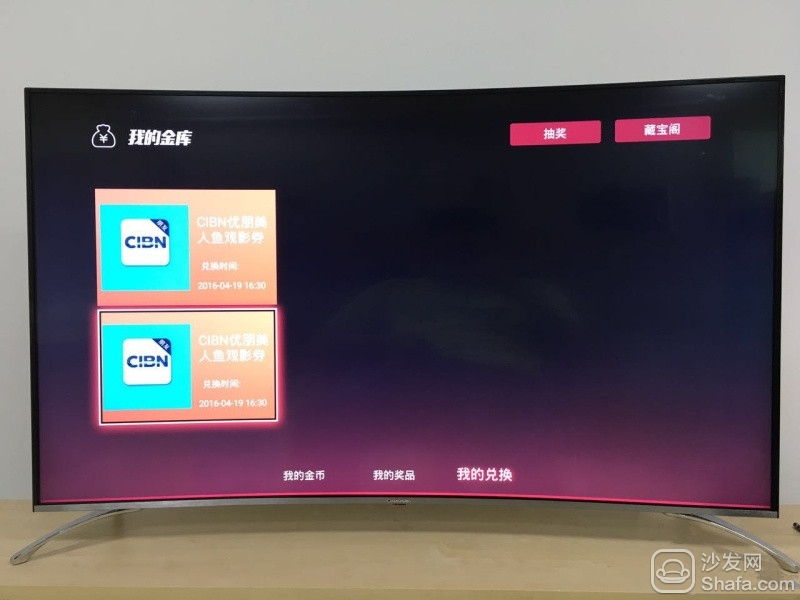 Redemption details
As a pure natural Tyrant player, apart from anything else, the two are replaced, and the next step is to follow the steps to see a big movie. 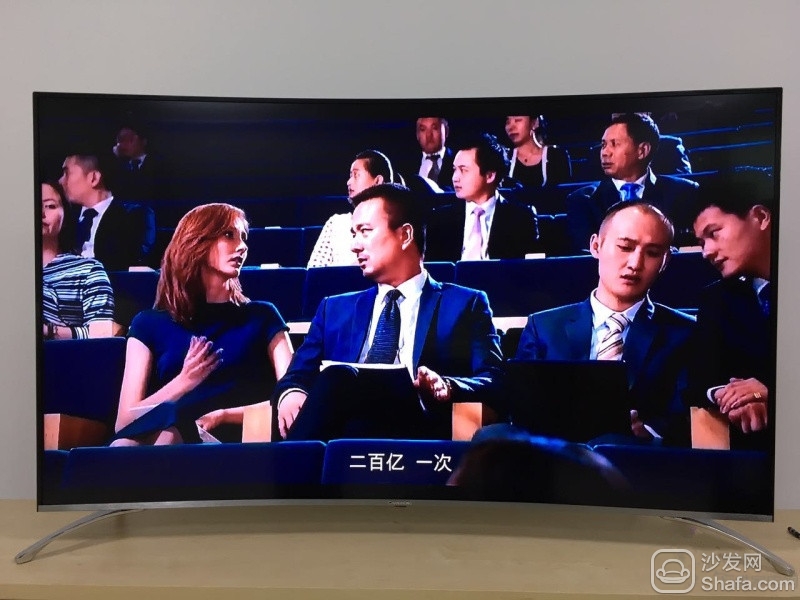 Video playback interface
Download the app and watch the theater by entering the redemption code in the redemption method. However, before the official viewing, you still have to experience a 30-second advertisement.

With 80 gold coins, you can redeem the contents of the 40-coupon coupon for Global Shopping, and then the TV screen will pop up into this familiar shopping ad interface. It seems that it is necessary to download the APP for the experience. 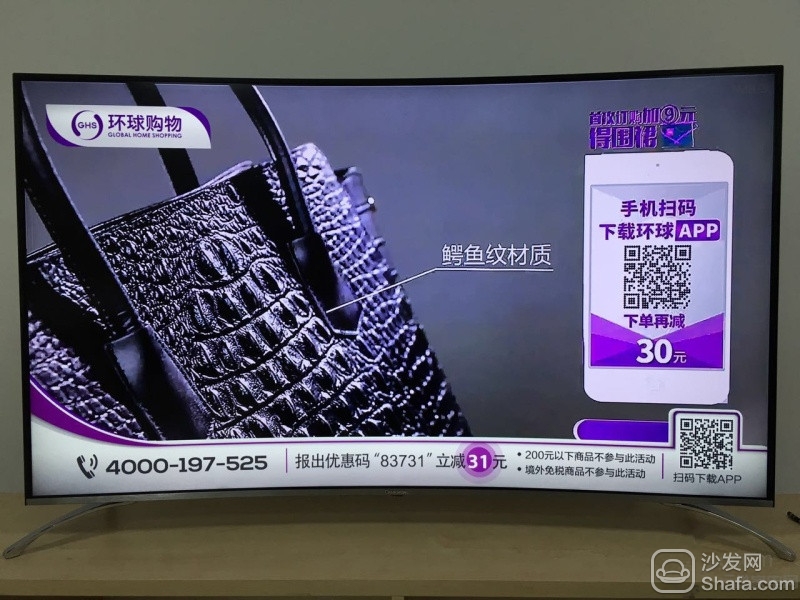 Redeem shopping coupons
At present, the TV shopping function is increasingly perfect. The evolution from the earliest e-commerce TV version application to the current Global Shopping and Hisense Poly's purchase can well confirm this point. We hope one day TV shopping can surpass mobile phones and computers. shopping.

It's not that you don't feel hard for yourself. In exchange for the tossing of 100 gold coins, how to quickly consume gold coins before others find it? Come and draw it. 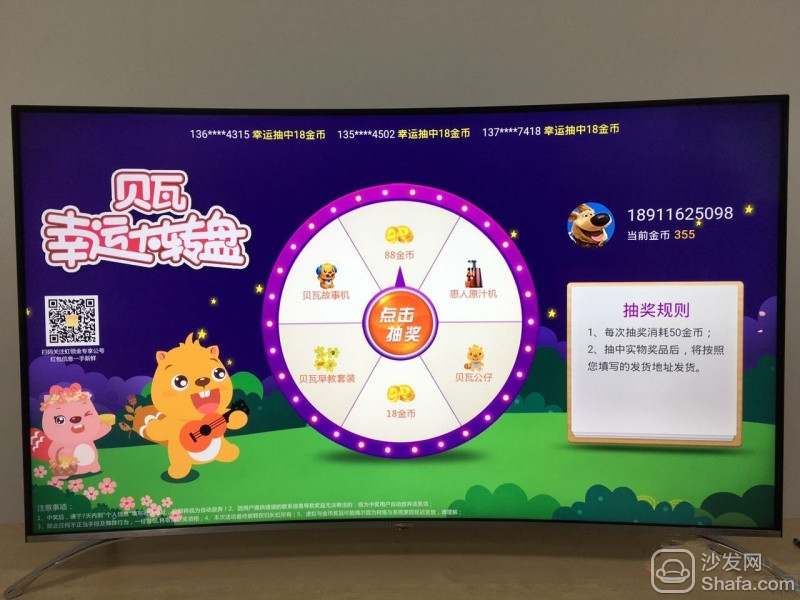 Sweepstakes
50 gold coins can participate in the lottery once, and most of the prizes are related to Beva. Forgot how many times the carousel moved, the pointer has stayed within the range of 18 gold coins anyway. This kind of sour consumer experience can not help but let me ask myself: when the big prize?

The author concludes: User participation is the key

In fact, making money from the Hong Kong leader is not only a joyful interactive function, but also a way for users to fully understand this TV product. We can use the gold coins earned in the TV system to exchange video memberships, coupons, and coupon benefits to achieve a self-sufficient, self-reliant, self-improvement free-to-air movie.