Since the beginning of this year, the LED industry investment fever has experienced rapid cooling, especially in the field of upstream sapphire and epitaxial chips, which is no longer a hot spot for investment. In the first half of 2012, the planned investment in the upstream sapphire and epitaxial chip new projects was 10.4 billion yuan, a decrease of nearly 90% compared with the same period of last year. The main reasons for the retreat of investment are: the mainland China chip giants' mainland industrial layout is basically completed and the upstream market surplus crisis started at the end of last year (see Figure 1, Table 1). 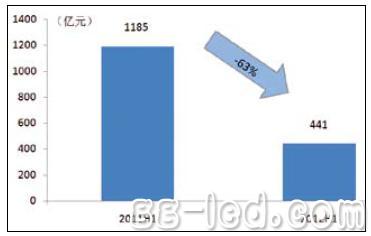 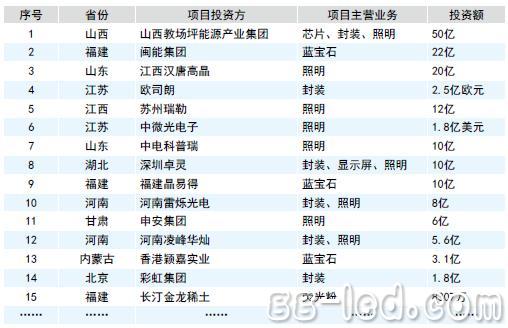 In the first half of the year, the project worthy of special attention was OSRAM's first LED project in China. The project was settled in Wuxi, Jiangsu Province, with a total investment of 250 million euros (about 2 billion yuan). It will be completed and put into production in the second half of 2013. The main business is LED package products. So far, four of the world's top five LED giants (the other three are Cree, Nichia, Philips) set up factories in China.

In addition, Beijing Nakamura Yuji and Japan's Mitsubishi's phosphor project in Shaanxi have also received much attention. The project has a total investment of 150 million yuan and is one of the most technically strong phosphor projects in China in recent years. The LED phosphor field is gradually being concerned by industrial capital. According to the data, there are only three new LED phosphor projects in the first half of the year, compared with only one in the whole year.

GLII expects that as the market for LED lighting applications continues to grow, the number of companies entering the field of supporting materials with relatively high technical content such as phosphors and MO sources will gradually increase.

In the first half of this year, the planned investment in new LED application projects was 1.9 billion yuan, a year-on-year increase of 38% (see Figure 2).

Excessive prices are still one of the main obstacles to the current popularity of LED lighting. However, with the continuous improvement of technology and the continuous decline of the price of upstream light sources, the price of LED lighting has been declining year by year, and it is getting closer and closer to the critical point expected by the market. The data shows that in the first half of this year, the planned investment in new lighting projects in China was 18.1 billion, accounting for 91% of all LED application investment, up 76% year-on-year. In the first half of 2012, a total of 43 projects involving LED lighting were added to the 64 billion yuan projects, accounting for 67% of the total. Lighting has become a new hot spot for LED industry investment in 2012.

In addition, LED packaging is also a key area for investment in the first half of the year. In addition to the OSRAM Wuxi project, there are 21 packaging line projects planned by Rainbow Group, Shenzhen Zhuolin Technology's 1 billion yuan investment project in Jingzhou, Hubei, and Greenxiang Optoelectronics in Jiujiang. Compared with the same period of last year, the investment in new packaging in the packaging sector has increased by more than 100% (Figure 3).

It is manufactured according to the GB4004-83.JB/T7600.3-94,DIN46395,it is made with the punched and compacted iron plate,and shaped with welding.With the big hardness and the lingt weight,it can fit for using in bunching,stranding,cabling,extrusion and the armouring machine. 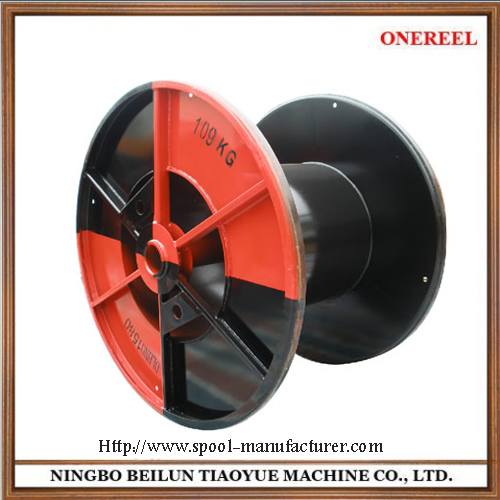