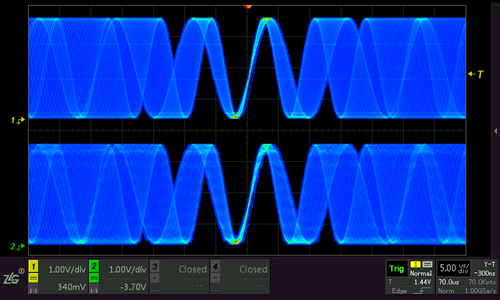 First, what is the channel isolation?

Second, how to test the channel isolation?

Then set the signal source to output the sinusoidal signal, and feed it into the interference channel (channel 1), adjust its output so that the display amplitude reaches 80% of the height of the waveform display effective area, and the center is stable.

The figure below shows the setup interface.

Open the parameter measurement statistics and view the amplitude options. 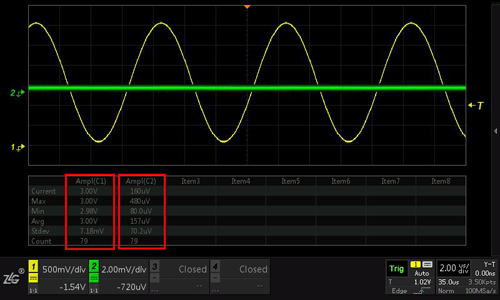 Third, how to calculate the channel isolation?

According to the definition of national standard, the channel isolation is:

The calculated channel isolation is 133.58dB.

Fourth, the role of channel isolation

Finally, I secretly told you that the test instrument selected in this article is the ZDS2024Plus, and the isolation between the measured channels is as high as 133dBå“Ÿ.

(The manuscript is provided by ZLG Zhiyuan Electronics )

Hengstar Android Tablets are aimed for meeting the needs of new generation Industrial Control System, POS Terminals, Retail Shops and a variety of other interactive applications (such as commercial advertising).
The tablets are based on Rockchip RK3188/RK3288 ultra low power consumption chipset, meanwhile with a powerful quad core processor. With built-in Android 4.4 ~ 8.0, combine with a 10 points projected capacitive touch screen and a front camera, the tablets are easily to operate.
Hengstar Tablets already have got CE approved.