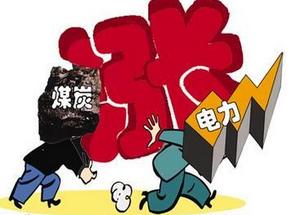 Excessive "beloved" is actually an injury to the coal market.

On May 28th, a person in the coal industry told the reporter of â€œDaily Economic Newsâ€ how he views the current coal market. His so-called excessive â€œbelovedâ€ refers to the recent takeover of the coal industry by governments in Henan, Shanxi, and other cities. The "coal and electricity mutual protection" rescue measures.

Although there are many different voices in the industry, for local governments, when the pillar industries that they once depended on were hit, the offering of the banner to save the market became an unanimous choice everywhere. As a result, the market-oriented reform of thermal coal has been carried out for more than 20 years, or it has been deterred by "coal and electricity mutual protection."

"Coal and electricity mutual protection" was first started in Henan.

In April this year, a number of coal enterprises in Henan Province convened a special conference to direct the government to propose a â€œcoal power and electricity mutual protectionâ€ rescue plan. According to public information, the main content of the plan is to recommend that the government urge power plants in the province to give priority to the use of coal produced by coal companies in the province, eliminate the impact of coal from other provinces, and stabilize coal prices in the province.

The above-mentioned practice of restricting the purchase of coal by foreign power companies in the province may be followed by Shanxi Province. According to media reports recently, Shanxi also decided to initiate local protection policies and restrict foreign coal from entering.

â€œDaily Economic Newsâ€ reporter learned from the Datong survey in Shanxi that the local coal enterprises were very vocal about the use of foreign coal by power companies, arguing that it is not conducive to the release of local coal production capacity.

However, power companies also have their own "books." "The local thermal coal prices are high. We pull coal from Inner Mongolia and other places. The toll is lower than the local coal price," said a person in charge of the power company.

According to statistics, 29 million tons of coal from Shaanxi, Inner Mongolia and other regions entered the Shanxi market in the first four months of this year. Based on this calculation, 87 million tons of coal from other provinces will occupy the local coal market share. Under this situation, the launch of â€œcoal power and mutual protectionâ€ in the footsteps of Henan Province in Shanxi Province seems reasonable and reasonable.

In addition, many provinces, such as Shandong, have also taken measures to pull coal companies out of the "muddy." Jinan Railway Bureau has restricted the shipment of coal, and has stopped the import of coal from other provinces into Shandong. It requires provincial power companies and coal companies to sign supply contracts. The price is higher than the market coal price by more than 50 yuan per ton.

On December 20, 2012, the "Guidance Opinion on Deepening the Market-oriented Reform of Coal Electricity" issued by the General Office of the State Council pointed out that we must adhere to the orientation of marketization, give full play to the basic role of the market in the allocation of resources, and gradually form a reasonable electric coal. Operating mechanism.

On December 31, 2012, the National Development and Reform Commission issued the "Circular on Implementing the Guiding Opinions of the General Office of the State Council on Deepening the Market-oriented Reform of Coal Electricity to Improve the Connection between Production and Transportation," clearly stating that local governments "have less intervention" in coal transactions. .

In this regard, some experts interpreted it as saying: â€œThe government no longer acts as a mother-in-law and excessively intervenes in coal-electricity transactions, allowing coal-powered parties to become free to fall in love, so that buyers and sellers can become truly autonomous and their transactions can truly be marketized.â€

However, under the initiative â€œpressureâ€ by coal enterprises, the above-mentioned â€œcoal power and mutual protection measuresâ€ introduced by the government of many localities made it impossible for the market-oriented reform of electric coal to meet resistance for more than 20 years. The "cold winter" coal industry is even more difficult.

It is reported that after the implementation of "coal and electricity mutual protection" in Henan, the number of coal delivered by Shanxi to the Zhengzhou Railway Bureau dropped sharply, and coal prices in Henan Province rose. For Shanxi, this formed a kind of counterforce, which forced it to take the same measures to save itself. At this point, the local coal market has entered its own position.

"This kind of self-rescue measures is not a market-oriented approach and will seriously affect the reasonable competition in the coal market and reduce the efficiency of coal enterprises." Lin Boqiang, member of the National Energy Experts Advisory Committee, told the "Daily Economic News" reporter.