Intrinsic: is the inherent loss of fiber, including: Rayleigh scattering, inherent absorption.

Bending: When the fiber is bent, the light in some of the fibers will be lost due to scattering, resulting in loss.

Extrusion: Loss caused by tiny bends in the fiber when it is squeezed.

Uneven: loss due to uneven refractive index of the fiber material.

Docking: Loss caused when the fiber is docked, such as: different axes (single mode fiber coaxiality requirement is less than 0.8Î¼m), the end face is not perpendicular to the axis, the end face is not flat, the butt diameter is not matched, and the welding quality is poor. 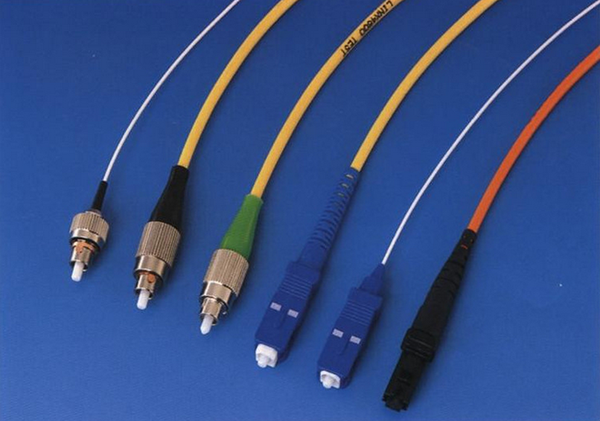 Fiber loss can be roughly divided into the inherent loss of the fiber and the additional loss caused by the use conditions after the fiber is manufactured. The specific breakdown is as follows:

Fiber loss can be divided into inherent loss and additional loss.

Among them, the additional loss is artificially caused during the laying process of the optical fiber. In practical applications, it is inevitable to connect the fibers one by one, and the fiber connection will cause loss. Micro-bending, squeezing, and tensile forces on the fiber can also cause losses. These are the losses caused by the conditions of use of the fiber. The main reason for this is that under these conditions, the transmission mode in the fiber core has changed. Additional losses can be avoided as much as possible. Below, we only discuss the inherent loss of the fiber.

In the intrinsic loss, the scattering loss and the absorption loss are determined by the characteristics of the fiber material itself, and the inherent losses caused by the different operating wavelengths are also different. It is extremely important to understand the mechanism of loss and quantitatively analyze the loss caused by various factors.

The material from which the fiber is made is capable of absorbing light energy. After the particles in the fiber material absorb the light energy, vibration and heat are generated, and the energy is lost, thus generating absorption loss.

In an optical fiber, when electrons of a certain energy level are irradiated with light of a wavelength corresponding to the energy level difference, electrons located in a low-level orbital state will transition to an orbit having a high energy level. This electron absorbs light energy and produces absorption loss of light.

The basic material for the manufacture of optical fibers, silica (SiO2), absorbs light itself, one called UV absorption and the other called infrared absorption. At present, optical fiber communication generally only works in the wavelength range of 0.8 to 1.6 Î¼m, so we only discuss the loss of this working area.

The infrared absorption loss of quartz fiber is caused by the molecular vibration of the material in the infrared region. There are several vibration absorption peaks in the band of 2 Î¼m or more. Due to the influence of various doping elements in the fiber, it is impossible for the quartz fiber to have a low loss window in the band of 2 Î¼m or more, and the theoretical limit loss at the wavelength of 1.85 Î¼m is ldB/km.

Through research, it has also been found that some "destructive molecules" in quartz glass are in trouble, mainly some harmful transition metal impurities such as copper, iron, chromium and manganese. These "bad guys" greedily absorb light energy under the illumination of light, causing the loss of light energy. The removal of "chaotic molecules" and the chemical purification of the materials used to make the optical fiber can greatly reduce the loss.

Where did these hydroxides come from? There are many sources of hydroxide. First, there are water and hydroxide in the material used to make the fiber. These hydroxides are not easily removed during the purification of the raw materials, and finally remain in the form of hydroxide in the form of hydroxide; The oxyhydrogen produced by the optical fiber contains a small amount of water; the third is the formation of water due to a chemical reaction in the manufacturing process of the optical fiber; and the fourth is the introduction of external air to bring water vapor. However, the current manufacturing process has reached a fairly high level, and the hydroxide content has been reduced to a sufficiently low level, and its impact on the fiber is negligible.

In the dark, a flashlight is illuminated into the air, and a beam of light can be seen. It has also been seen that the overnight aerial searchlights emit a large beam of light. So why do we see these beams? This is because there are many tiny particles such as smoke and dust floating in the atmosphere, and the light is irradiated on these particles, causing scattering, and it is shot in all directions. This phenomenon was first discovered by Rayleigh, so people called this scattering "Rayleigh scattering."

The structure of the optical fiber is imperfect. For example, there are bubbles, impurities, or uneven thickness in the fiber, especially the core-cladding interface is not smooth. When the light is transmitted to these places, some light is scattered to all directions, causing loss. . This kind of loss can be overcome by trying to improve the manufacturing process of optical fiber.

Scattering causes light to be directed in all directions, with a portion of the scattered light reflected back in the opposite direction of the fiber propagation, which is received at the incident end of the fiber. The scattering of light causes a portion of the light energy to be lost, which is undesirable. However, this phenomenon can also be used for us, because if we analyze the strength of the received light at the transmitting end, we can check the breakpoint, defect and loss of the fiber. In this way, through the ingenuity of the person, the bad thing becomes a good thing.