The rise of machine vision originated from the ever-increasing technical demands of industrial automation production. The technology exploration began in the mid-1960s with the study of American scholar LR Roberts on understanding the building blocks of polyhedrons. The early developments were mainly concentrated in North America, Europe and Developed areas such as Japan. After the global manufacturing industry moved to China, the Chinese machine vision industry ushered in a historical opportunity to catch up. In the past ten years, from the camera, capture card, light source, lens to image processing software, dozens of domestic research and development manufacturers of machine vision core devices have emerged, China is becoming one of the most active areas of machine vision development in the world, but local manufacturers The overall market position still lags behind foreign investors.

Based on the technical principle of machine vision system, we analyze the core advantages of machine vision technology, including: 1) accuracy, objectivity and reliability; 2) environmental adaptability and work continuity; 3) economy and efficiency; 4 ) Flexibility and repeatability. These features reveal the inherent reasons for the rapid development of machine vision and intelligent manufacturing.

According to GGII Research Institute, the scale of China's machine vision market in 2015 was 6.12 billion yuan, a year-on-year growth rate of 28.57%, ranking first in the world. The foreign research institutions Markets and Markets expect the global market size to reach US$12.5 billion by 2020. China's domestic market will reach 15.2 billion yuan. Although the market space is broad, the production of core components in machine vision is mainly based on foreign brands, and foreign manufacturers still occupy the dominant position in the machine vision market. Suggested attention: 1) Fine measurement electronics: to create an integrated intelligent detection solution for â€œlight. Machine and electricityâ€; 2) Yongchuang Intelligent: accelerate the transformation to intelligent packaging equipment manufacturing; 3) Jintuo shares: expand into smart equipment Systems and advanced manufacturing systems.

At present, the industrial field is the largest proportion of machine vision applications. Machine vision systems and intelligent manufacturing follow the trend. In the field of intelligent manufacturing and industrial automation production, machine vision technology is mainly used in three major directions: detection and measurement, guidance and positioning, identification and analysis. In addition, machine vision technology has achieved certain development in security and intelligent transportation, medical, drone and driverless, warehousing and logistics, agricultural production and other fields, and has broad application prospects.

Machine vision has become the frontier of science and is mainly promoted by three factors:

First of all, the human eye in the industrial production line can no longer meet the requirements of industrial upgrading in terms of accuracy and efficiency. For unobservable objects and high-precision products, only machine vision can be relied upon. The rise of labor costs, labor shortages and other reasons are also pushing the development of the robot industry. Secondly, the demand for machine vision technology such as artificial intelligence and unmanned driving is more demanding on machine vision technology, and the algorithm is more verbose and changeable. The existing technology used in industrial production lines cannot be satisfied. This factor is also the biggest thrust of today's machine vision. Finally, policy environments such as Industry 4.0 and Smart Manufacturing inject machine vision into the core of national strategy.

Machine vision has grown rapidly, and China has the largest growth rate. In 2015, the global machine vision market was approximately $4.2 billion, an increase of 10.5%. The United States accounts for 50%, followed by Japan. China started late, but it has developed rapidly. In 2015, the market scale reached 350 million US dollars, the fastest growth rate in the world, about 22.2%. Made in China in 2016-2020 will drive machine vision to maintain a 20% growth rate, well above the global average of 8.4%. Semiconductor and electronics manufacturing accounted for 46.4% of machine vision, while automobiles and pharmaceuticals accounted for 10.9% and 9.7%.

Throughout the current visual technology applied in industrial production can be roughly divided into two categories: quality control and auxiliary production. Among them, quality control is to replace the manual inspection of the size and appearance of the product to identify defective products. Such equipment has been widely used in domestic and foreign automated production lines. Auxiliary production refers to the use of visual technology to provide the robot with the basis for action execution. Currently widely used is the two-dimensional positioning technology based on monocular vision.

Machine vision is the primary solution for unmanned drones. China's drone technology "opening the wall outside the wall", most of which are sold abroad, the domestic market has not been widely developed. With the gradual advancement of intelligent production in China, the drone â€œinside the wallâ€ is just around the corner, and the future market prospect is broad. Analysys think tanks believe that smart drones will maintain a growth rate of more than 50% in the next few years, exceeding 10 billion yuan in 2018. In addition, Tesla, time-sharing leases add new popularity to autonomous driving, and machine vision benefits.

Recently, the Tesla model3 with automatic driving system has exceeded expectations, and the localization has been confirmed by the top management. It will definitely cause the domestic industry chain to flourish, and machine vision will be an important beneficiary.

Da Vinci became a star physician, China's penetration is far from sufficient, medical robots have a high compound growth rate, and huge market to be explored. At present, the installed capacity of Da Vinci in the United States is about 2,000, and only 54 in China, the penetration rate is far behind. According to Beijing Hejia Hospital, in recent years, with the continuous decline in the cost of Da Vinci, from the initial introduction of 25 million yuan to the later 18 million yuan, market demand continues to heat up, the proportion of self-pay patients has reached 85%. It is estimated that the global medical robot sales growth rate will be about 55% in the next three years, and the compound growth rate of surgical robots and rehabilitation robots will reach 30% and 47% in the next five years. It can be seen that the medical robot has a huge market space waiting for excavation, and the machine vision adds thrust.

Intelligent security is an important part of China's smart city. In the recently released "Blue Book of Industry and Informatization: World Cyber â€‹â€‹Security Development Report 2015-2016", the Ministry of Industry and Information Technology said that the construction of smart cities is in full swing. So far, China The smart city pilot is close to 300. Machine vision can realize intelligent supervision through biometrics, intelligent event analysis, and terahertz technology. It can liberate a lot of manpower and greatly improve efficiency, making it possible to find needles and perspective eyes in a haystack.

Want to buy a piece of clothing? Maybe you are on the way to the store, or you are on the Internet based on the standard size from S to XL. These large-volume productions have resulted in a reduction in the cost of unit goods.

The textile production method of the Industrial 4.0 era may be different, and it will provide customized personalized goods through effective data processing. Once the customer decides which model to choose, the image processing system (machine vision system) will measure its dimensions. 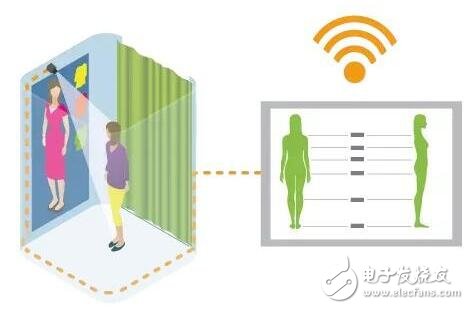 The specific test format may be to place four cameras in a small dressing room to take images of each side of the body. The software controls the measurement operation and determines the way in which the garment is subsequently produced. The next production process is carried out automatically until the transportation is included.

Future fashion houses will no longer be filled with a few cabinets of merchandise, but will serve customers by providing a large number of virtual choices and fast and reliable production processes.

Machine vision technology has now been successfully applied to industrial robots and has become a core technology. Utilizing drones, autonomous driving, smart doctors, intelligent security and other applications continue to break through, the global Internet and semiconductor giants have laid out, showing that intelligent image processing will be the next arena, perhaps means that machine vision technology has ushered in the golden period of development. Machine vision will open a new horizon in the industry 4.0 era.